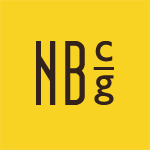 Should you use one space or two spaces between sentences? The answer is one space. Read on to learn why.

These days, most style authorities — including The Associated Press Stylebook, The Chicago Manual of Style, and The Official New Boston Musings on Style (Abridged) — declare that writers should use only one space between sentences.

Back when typewriters were all the rage (and I remember those days, so I’m not judging), the norm was to use two spaces between sentences. The reason was that typewriters typically used monospaced fonts — meaning that each letter (whether an I or an M) was given the same width of space, no matter how wide or narrow the letter itself was. That made for stretched-out words, and it also made it difficult to tell where each sentence ended and began. Two spaces between sentences made it easier for readers to identify sentence breaks.

Now that we work almost exclusively on computers, most fonts are proportional fonts — thinner letters take up less space width-wise. This means that when you look at a sentence, there isn’t so much wasted space between letters. It’s also easier to quickly find where each sentence stops and starts, eliminating the need for two spaces between sentences. Hence, one space now reigns supreme.

So how many spaces after a period (or question mark or exclamation point)? Even if you remember nothing of the history of one space v. two spaces, remember this: Use one space between sentences. It’s the accepted convention, and following it will make clear that you are up on the latest writing styles (or at least help you fake it convincingly).