This 2016 general election campaign was created for a political action committee to help pass a .2% sales tax in the City of Manhattan for repairing and maintaining existing city roads and funding local Safe Routes to Schools projects.

The campaign included a video featuring businesspeople expressing their support for the initiative and tying it to economic development efforts, a website written to answer questions the average voter might have about how the sales tax would impact them, a billboard, print and radio ads, and an aggressive digital marketing campaign that made use of paid advertising on Facebook, Twitter, and Instagram. 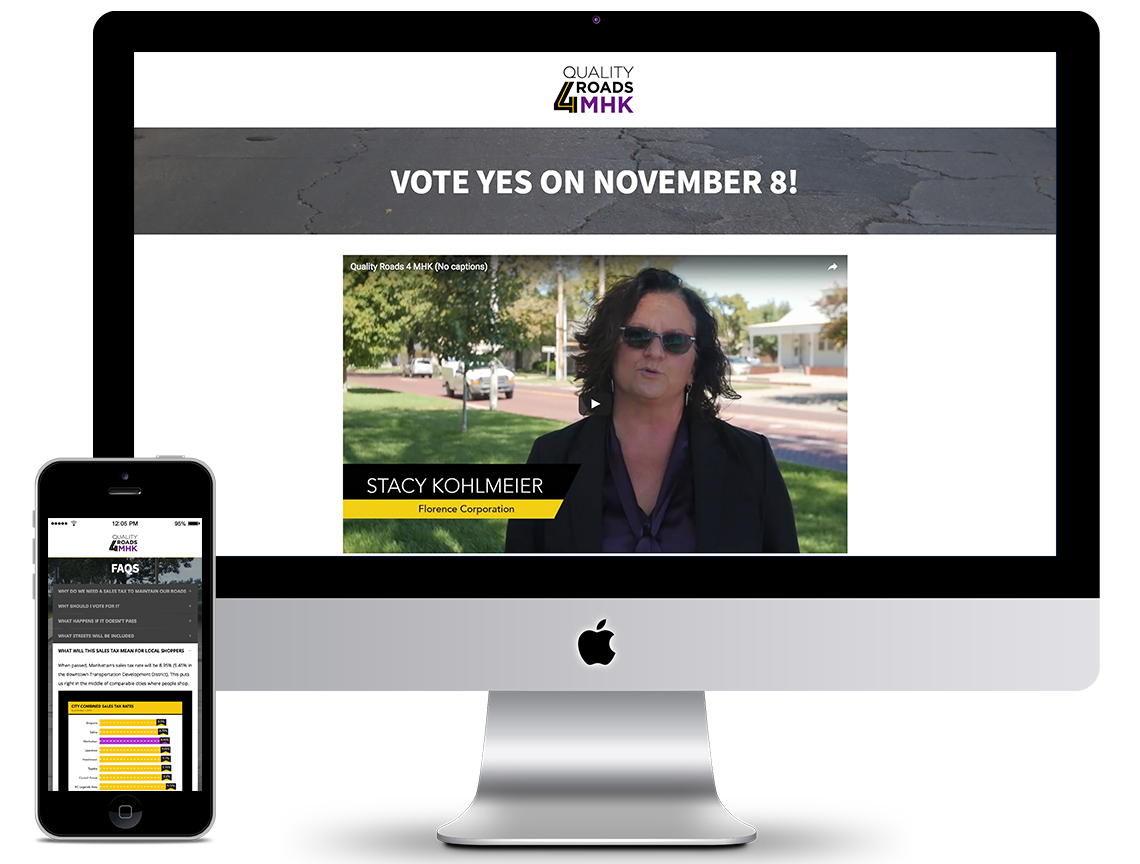 How to Know if You Need a New Website