NBCG was hired by a local citizens' group to create a campaign to persuade voters to renew a sales tax that would fund roads, bridges, public safety and public infrastructure projects in Pottawatomie County, Kansas.

We developed an integrated strategy using a website, paid and organic posts on three social media platforms, video, digital billboards and grassroots outreach like yard signs over the course of six weeks. All efforts focused on reminding voters about the valuable community assets the tax had already funded, and asked for their vote to renew.

Paid social media posts reached 17,400 people and resulted in over 1,200 clicks to the landing page. A team from our company and the Penny for Our Future Coalition managed comments and answered voters' questions with consistent messaging. The voters responded overwhelmingly in favor of the proposal — 76% "for" and 24% "against" — and the tax was renewed. 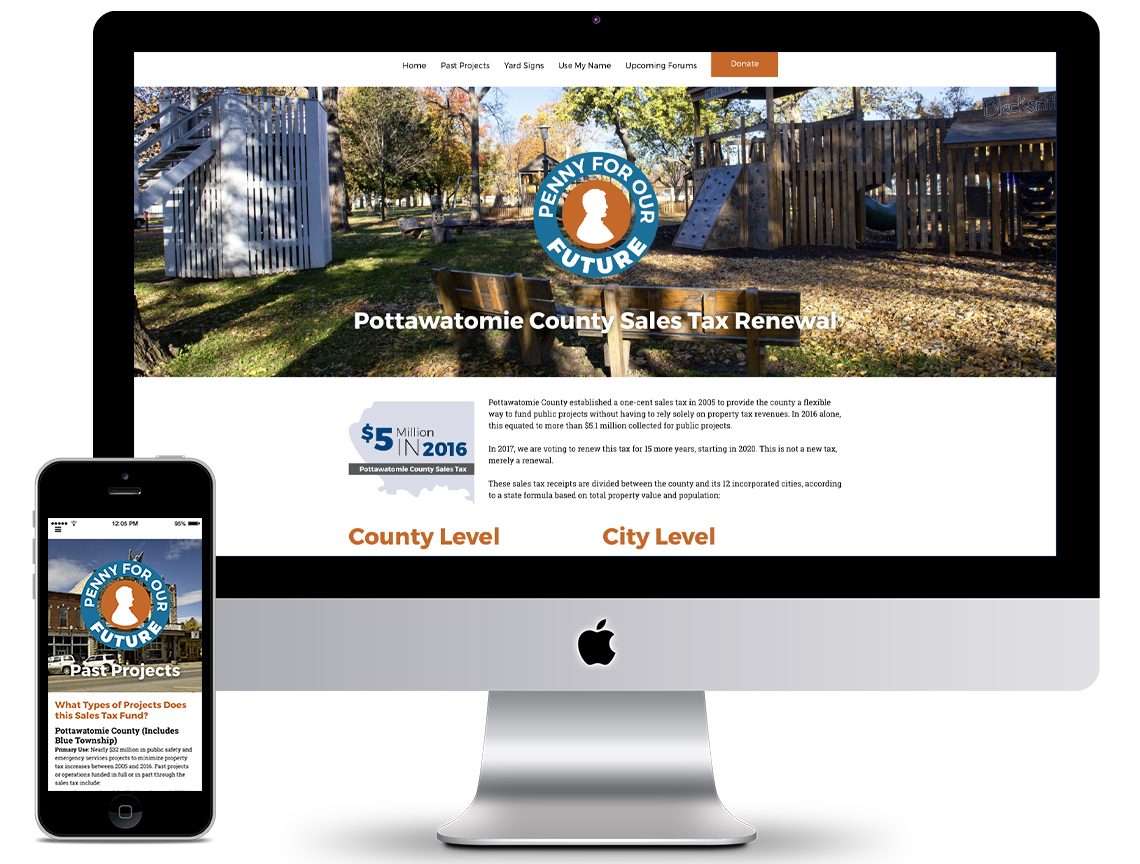 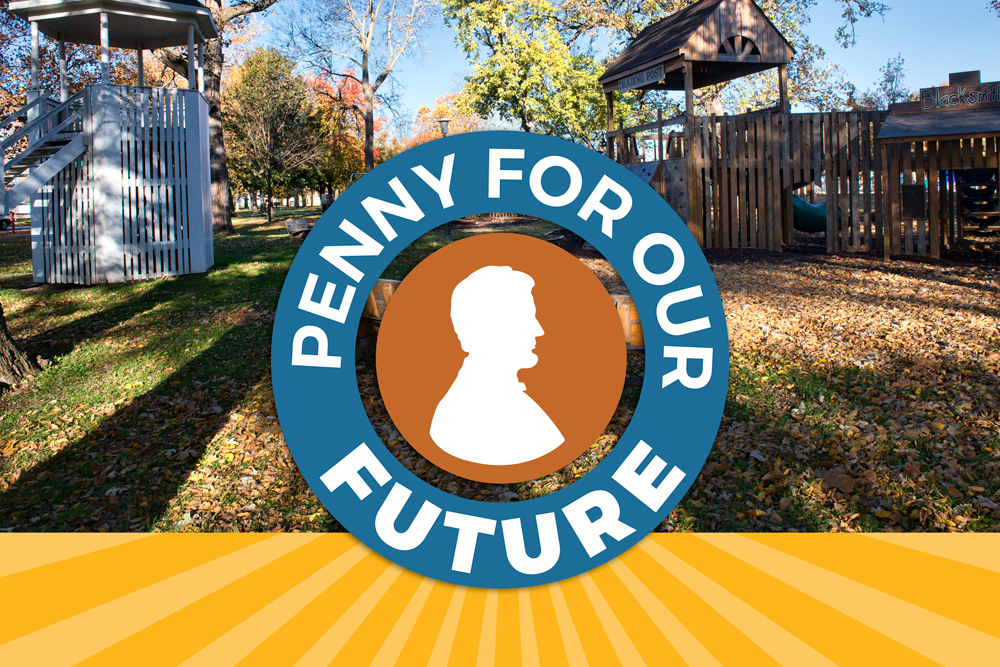 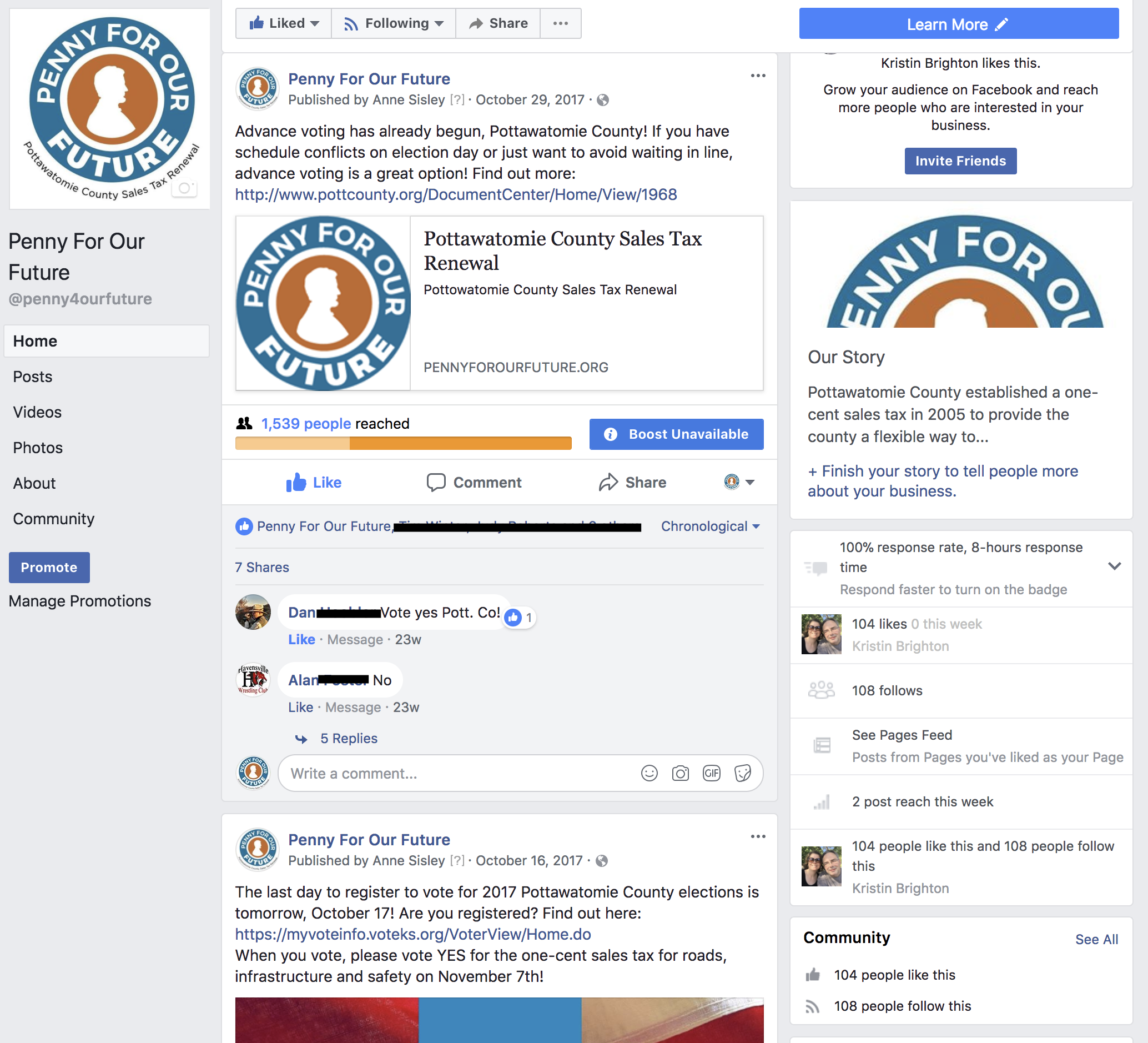 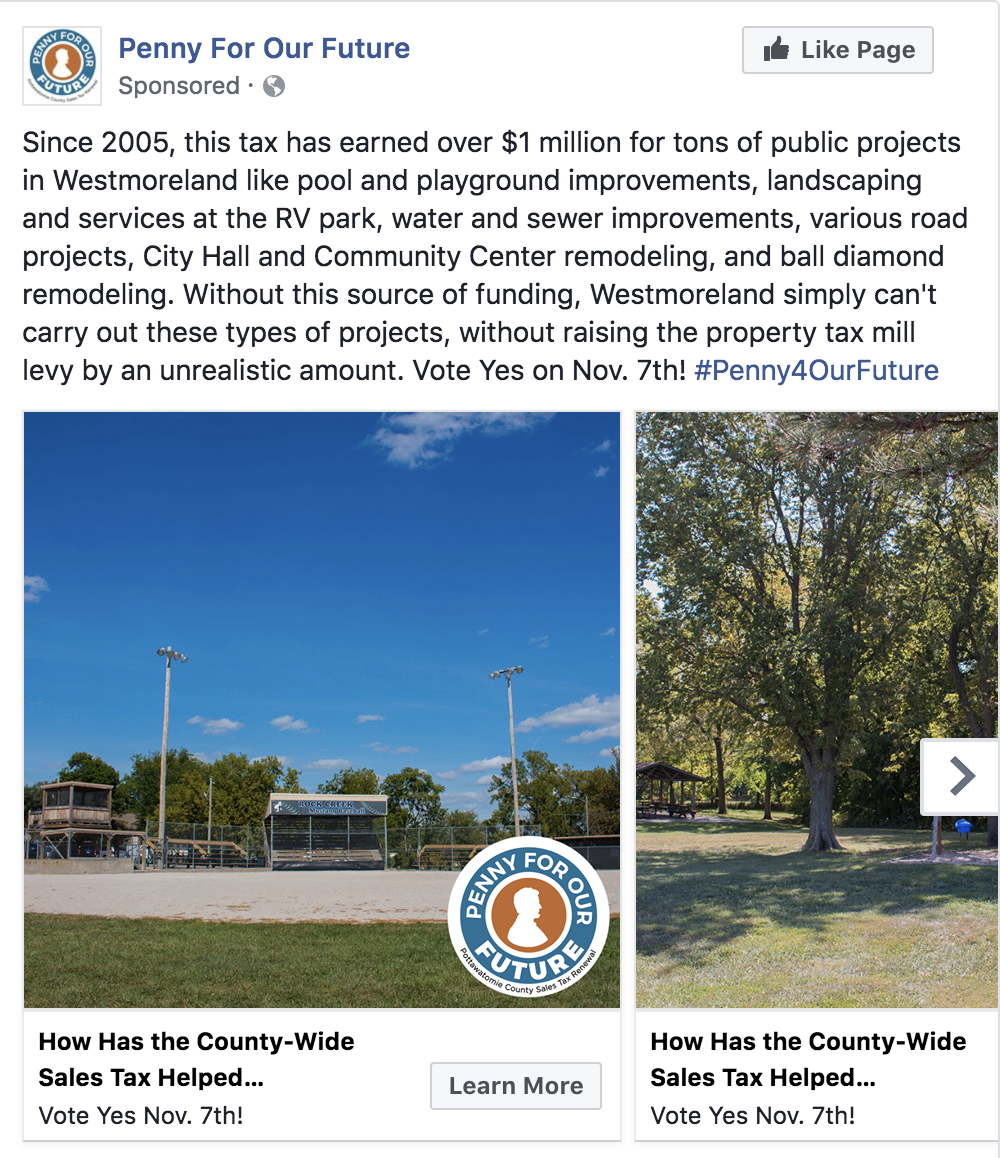 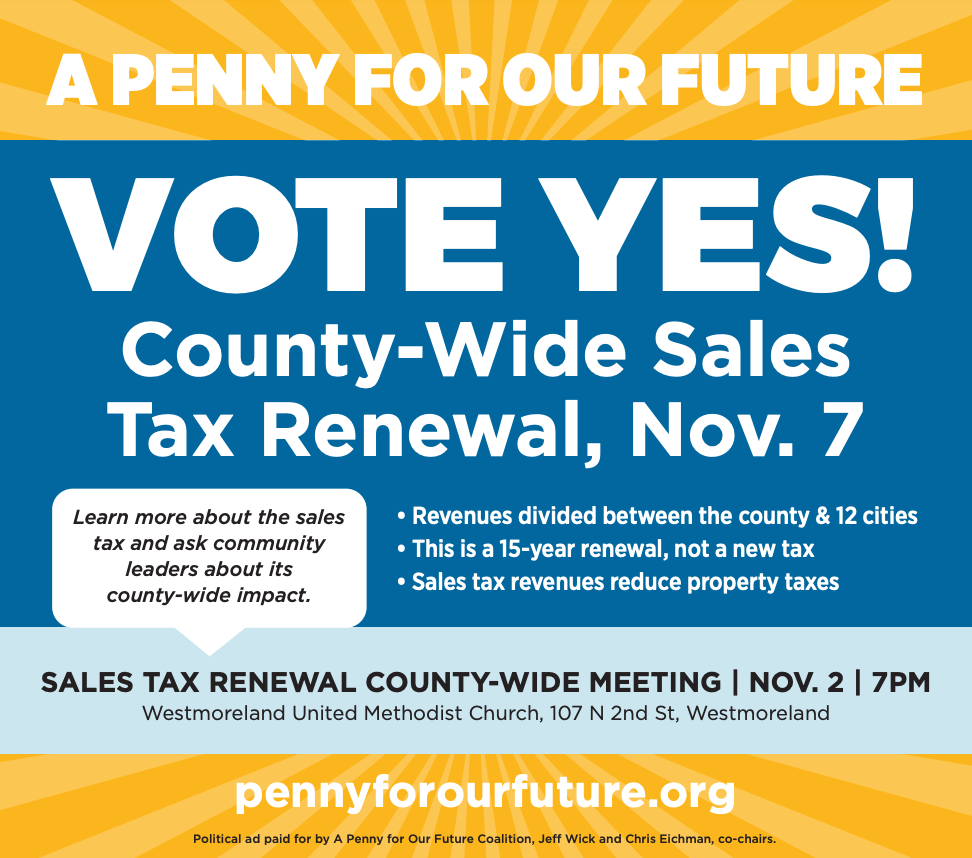 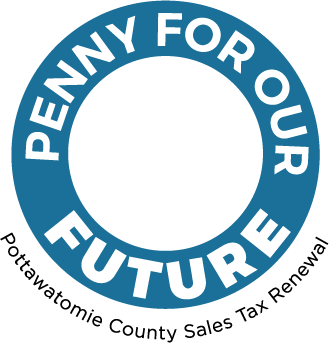 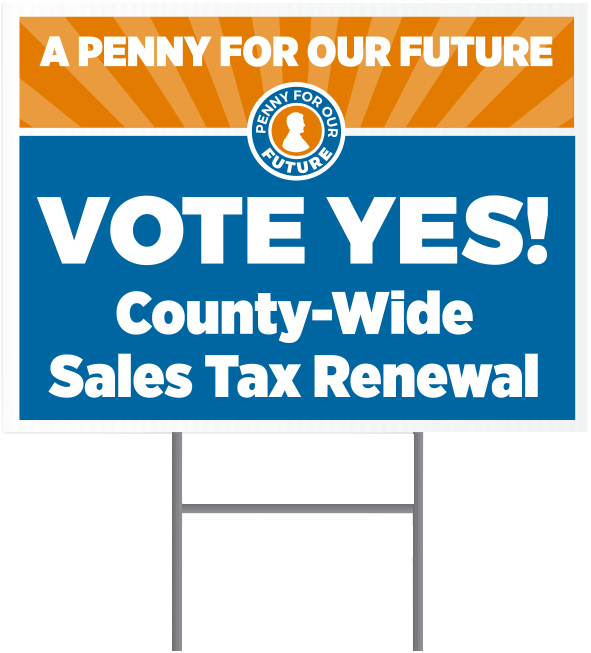 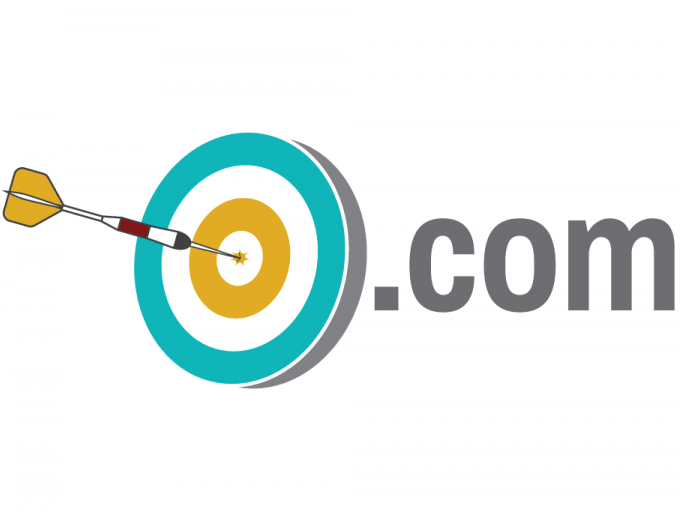 How to Choose a Domain Name for Your Website 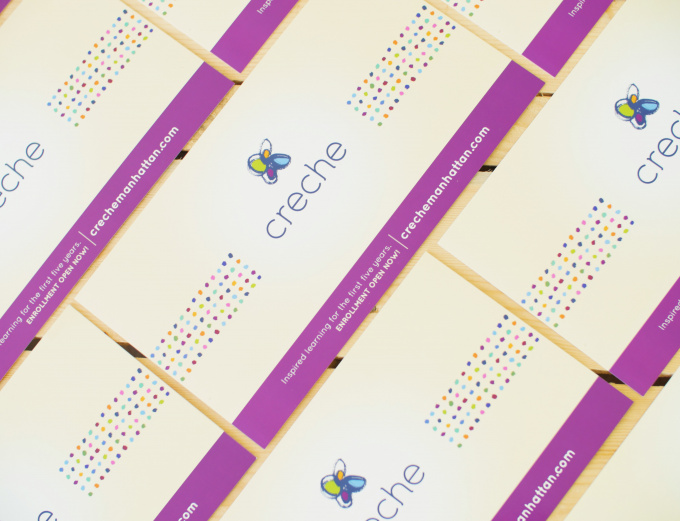 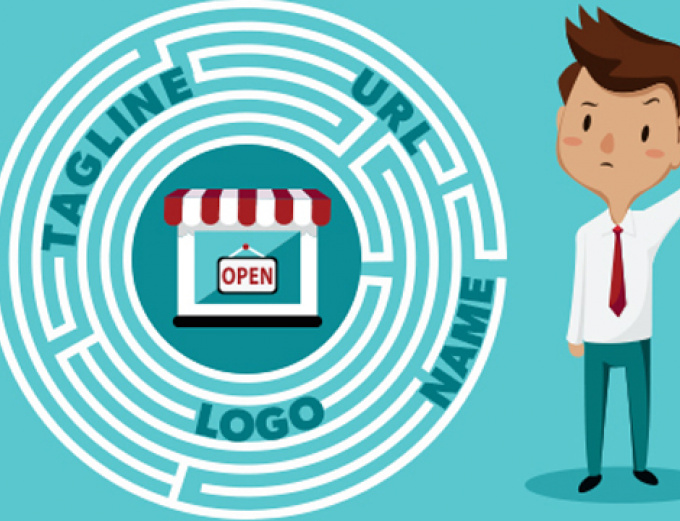 How to Stay in Business, Part Two